All Collections
The Faraday API
Iterable: Connecting via API

How to utilize Faraday's Real-time Scoring API via Iterable Workflows

Written by Alex Wright
Updated over a week ago

If you're using Iterable, Faraday can predict which of your inbound leads are most likely to convert using their Workflows.

To do this, you'll need two contact Lists in Iterable:

Then, you'll want to create a new Workflow:

1: Name the new workflow something relevant:

2: The default node on new Workflows is a "trigger workflow" node.

Double click on that node to open it, and switch the trigger from "Received and API trigger" to "Scheduled Recurring List", and select List 1 described above (All email subscribers): 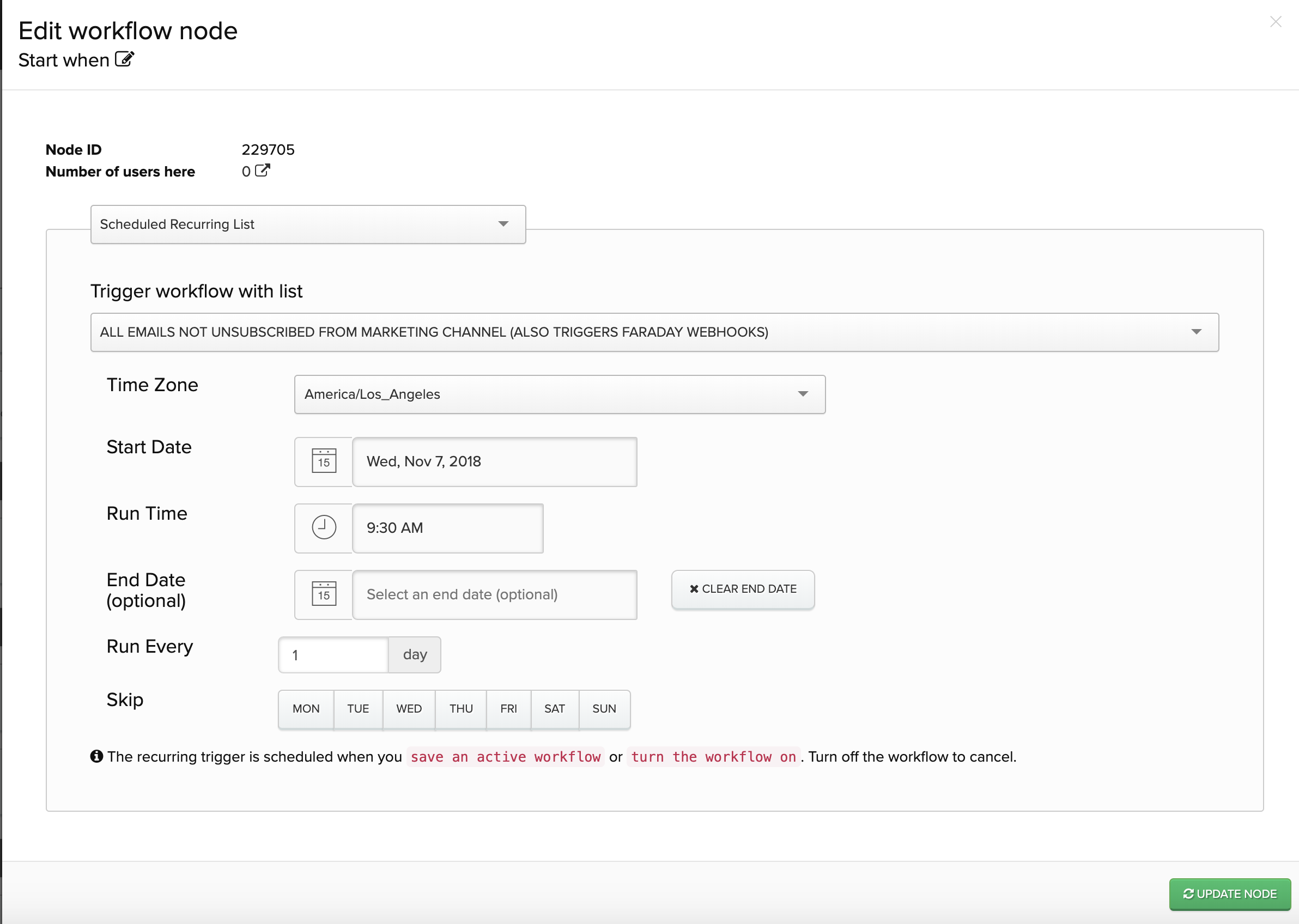 Configure the other settings as desired.

2: Add a "Fields Match" node (under "Filters" on the Workflow sidebar) underneath the
"Trigger Workflow" node, and connect it using the white dots: 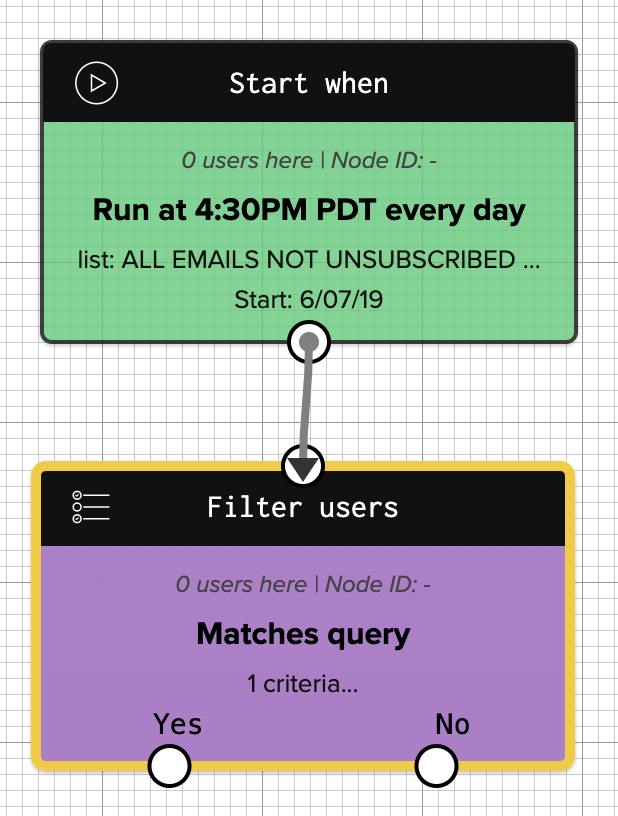 Double click into the new node, and configure it to only score sign-ups from the last 24 hours. For the "Must Have", select "Contact Property" and set it to "Signup Date is on or after now-24h" (see below) 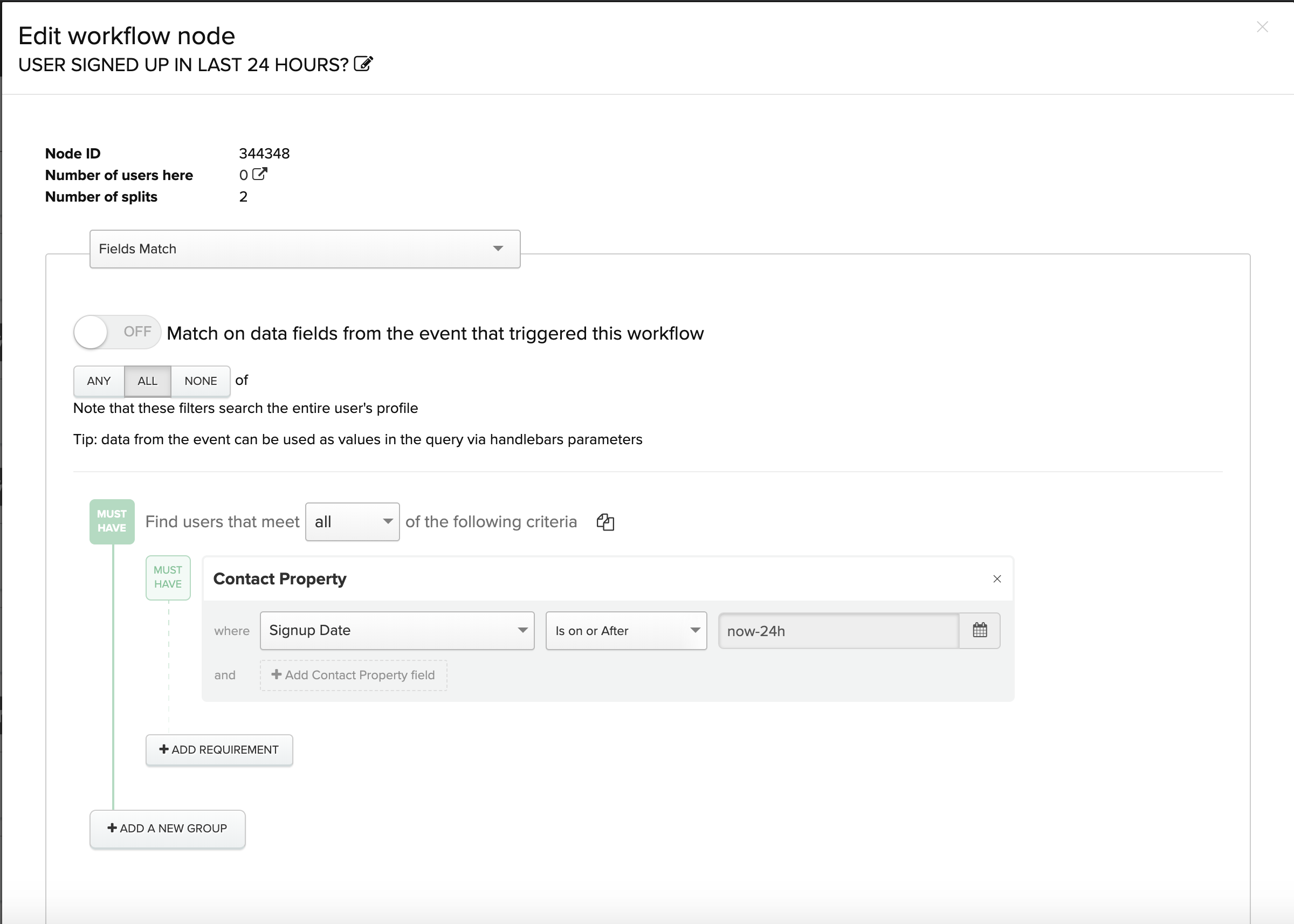 3: Add a new node "Update User Profile Via Webhook" (under "User Actions" in the sidebar), and connect the "Yes" from "Filter users" to it 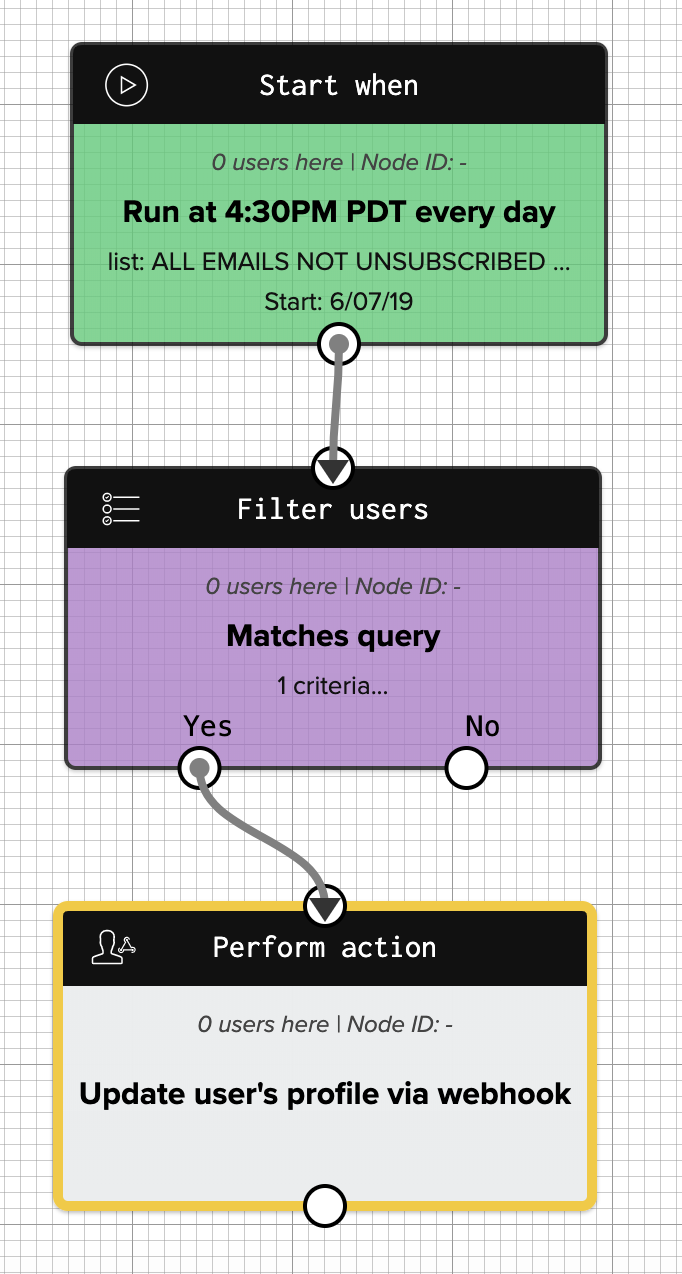 Open the node and add the following to the "Endpoint URL" (this is what calls out to the Faraday API): https://api.faraday.io/v3/scores?prefix=fdy_&api_key=prod_XXXXXXXg&outcome_id=XXXXXXX

Contact your CSM for the api_key and the outcome_id

4: Add a "Add User to List" node (again under "User Actions" on the sidebar) underneath the "Update Via Webhook" node, and connect them. Configure this node by selecting List #2 described above (Faraday Scored Leads). Upon being scored by the Faraday API, users will appear in this list.

Your email subscribers are now being scored! This is a barebones Workflow, configure as you see fit!

Tip: If Iterable seems to be running slowly after setting this up, add "Delay" nodes before and after the "Update user's profile via webhook" node.

Did this answer your question?